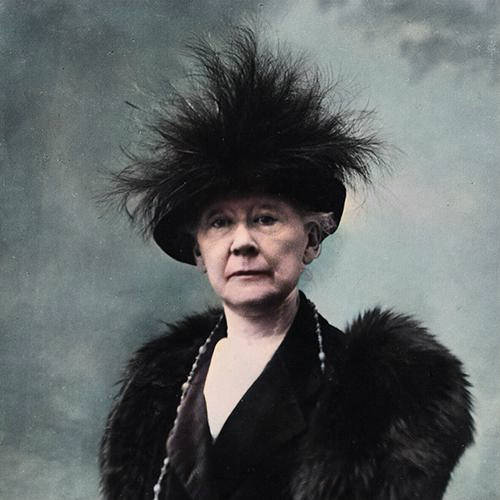 Sidney Nolan: The life of an Artist

Sydney Nolan was best known for his depictions of the history and mythology of bush life in Australia. The famous outlaw Ned Kelly, the shipwreck victim Eliza Fraser and the explorers Burke and Wills dominate his output.

Sidney Nolan was born in a working-class suburb of Melbourne, Australia on 22 April 1917. He was the eldest of four children, fifth generation Australians of Irish descent. His father worked for the Melbourne tram company but supplemented the family’s income with illegal bookmaking. At the time Melbourne was a conservative, colonial society in the grips of a savage depression. Times were hard. The family later moved to the seaside suburb of St Kilda where he attended the Brighton Road State School. For a short period afterwards, he enrolled at the Prahran Technical College for a course in design and crafts which he had already been following as a part-time correspondence course.

In 1933, at the age of 16, he began working for Fayrefield Hats, in Melbourne where he made advertising and display stands. But Nolan wanted to break away from the restrictions of his upbringing and travel the world but didn’t have the funds to do so. His emotional and intellectual escape was to spasmodically attend night classes at the National Gallery of Victoria Art School, but his main distraction was to immerse himself in modern art magazines that he found in the waiting room at Fayrefield Hats. These magazines introduced him to the likes of Pablo Picasso, Paul Klee, Henri Matisse, and the Surrealists.

For a time, he lived on the streets and beaches around Melbourne trying his hand at becoming a racing cyclist, a cook, and even gold miner. Around this time, Nolan decided to become a painter despite having little formal art training. A major influence on his work was the symbolist poet Arthur Rimbaud. Rimbaud’s poetry was built upon grand, illogical, and intuitive associations which led Nolan to reject naturalism and realist ideas. Instead, Nolan sought not to represent reality, but to access the greater truths as he saw it, by a ‘systematic derangement of the senses.’ Rimbaud’s ideas proved to be a long-lasting influence. His early paintings were also influenced by the abstract artist László Moholy-Nagy and Paul Klee’s love of the spontaneity of children’s art and his experimental paintings. In 1938, he met and married his first wife, graphic designer Elizabeth Paterson, they had a daughter, but the marriage didn’t last very long.

Meeting with Sunday and John Reed

Around 1939 Nolan was encouraged and supported by the Australian art patrons Sunday and John Reed whose house, the ‘Heide’, in the Melbourne suburb of Heidelberg, was a meeting place for the avant-garde group known as the Angry Penguins. Their aim was to modernise Australian art and poetry by the adoption of the spontaneous and visionary ideas of surrealism. Nolan later became part of what became known as the Heide Circle in which the relationships of those involved became intertwined both professionally and personally. Nolan and Sunday Reed developed a close collaborative relationship, and it was her that helped him find his artistic voice.In 1940 Nolan held his first solo exhibition in Melbourne, and designed sets and costumes for the Ballets Russe’s production of Icare.

In 1942 he was conscripted into the army, and spent two years in north-western Victoria, where he spent most of his time creating simplified paintings of the local landscape with bold brush strokes and intense colour. But in July 1944, faced with the possibility of being sent to Papua New Guinea to fight the Japanese, Nolan deserted the Army. Desertion was a criminal offence, so he went on the run, and adopted the alias Robin Murray, a name suggested by Sunday Reed, whose affectionate nickname for him was “Robin Redbreast”.

In 1946 whilst living at the Reed’s house Nolan began his first series of paintings about the bushranger Ned Kelly and the folklore surrounding the events that lead to the outlaw’s death. In many ways the paintings of Kelly are a metaphor for Nolan himself because, like Ned Kelly, he was a fugitive from the law. Nolan identified with Kelly, they shared the sense of being heroes, victims, men who fought against the Australian authorities, faced up to adversity, conquered it, but ultimately lost.

In his paintings, rather than representing Kelly realistically, Nolan re-created the essence of the man by using solid black shapes which suggest the home-made armour the outlaw wore. It was a brilliant pictorial device and by placing it against the stark Australian landscape it illustrated how stories and myths can sometimes shape our understanding of place.

Nolan had had an open affair with Sunday Reed for some years but in 1947 he left ‘The Heide’ abruptly and left all his painting there. He had wanted Sunday to commit herself to him, but she refused. He later married John Reed’s sister Cynthia. Apparently, Nolan told Sunday she could keep any of his paintings she wanted, but soon afterwards he demanded all his works back. She eventually returned 284 of his paintings and drawings but refused to give back 25 of his Kelly paintings. Her idea was to turn the Heide into the Heide Museum of Modern Art and saw the Kelly paintings as an important part of the collection. Her dispute with Nolan ended in 1977 when she gave the Kelly paintings to the National Gallery of Australia.

Eliza Fraser and the Burke and Wills Paintings

Nolan left Melbourne in 1947 to trek across northern Queensland and Fraser Island. This journey inspired a second series of historical paintings centred around the shipwreck in 1836 of Eliza Fraser. She was a colourful character who claimed to have been captured and ill-treated by Aboriginal people, which wasn’t true, and later rescued by an escaped Irish convict who’d lived in the bush for 6 years.

In 1948 Nolan travelled to the outback of central Australia, where he developed a deep interest in the Australian explorers Burke and Wills. They died during their ill-fated expedition in 1860-61 that attempted to cross Australia from south to north, a journey of more than 2000 miles. Nolan’s painting ‘Gray Sick’ of 1949 is one of the paintings that commemorates their expedition.

Later in 1948, Kenneth Clark, Slade Professor at Oxford, England visited Australia, met Nolan and urged him to travel to Europe. Later, in 1951 Nolan moved to London and travelled extensively in Greece and the United States. Despite the very different surroundings Nolan found in England, he continued to find inspiration from his early subject matter. In fact, for most of his career paintings about the Kelly Gang, Eliza Fraser and Burke and Wills would dominate his output.

Nolan had his first London solo exhibition at the Whitechapel Gallery in London in June and July of 1957. But he was also very creative in other areas, he illustrated the dust jackets of over 70 publications and worked as a designer for theatre and opera productions both in London and for the Australian Opera. In 1976, his wife Cynthia committed suicide in London and later in 1978 he married Mary Boyd, former wife of John Perceval, artist, and former member of the Angry Penguins group. Sydney Nolan was knighted by the Queen in 1981. He became an associate member of the Royal Academy of Art in 1987 and a Companion of the Order of Australia in 1988.

Sidney Nolan died in London on 28 November 1992 at the age of 75, he was survived by his third wife and two children. His status as one of Australia’s most significant modernist artists was celebrated during the Tin Symphony segment of the opening ceremony of the Sydney 2000 Olympics, where performers wore costumes based on his Ned Kelly imagery. A painting from his Ned Kelly series was also displayed on a giant screen in the stadium. 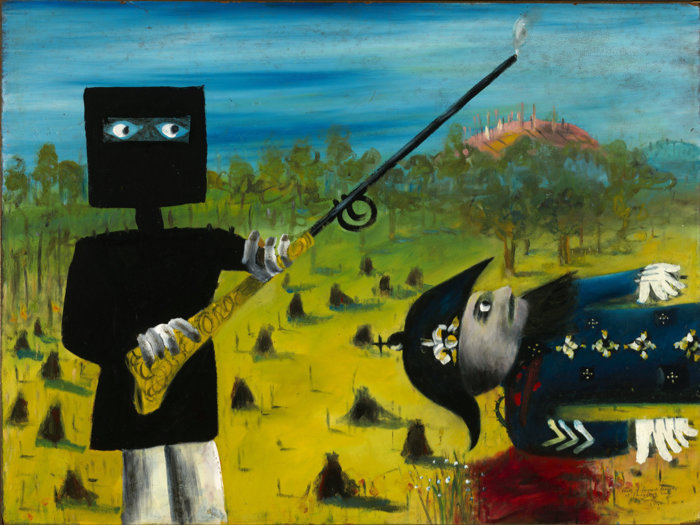 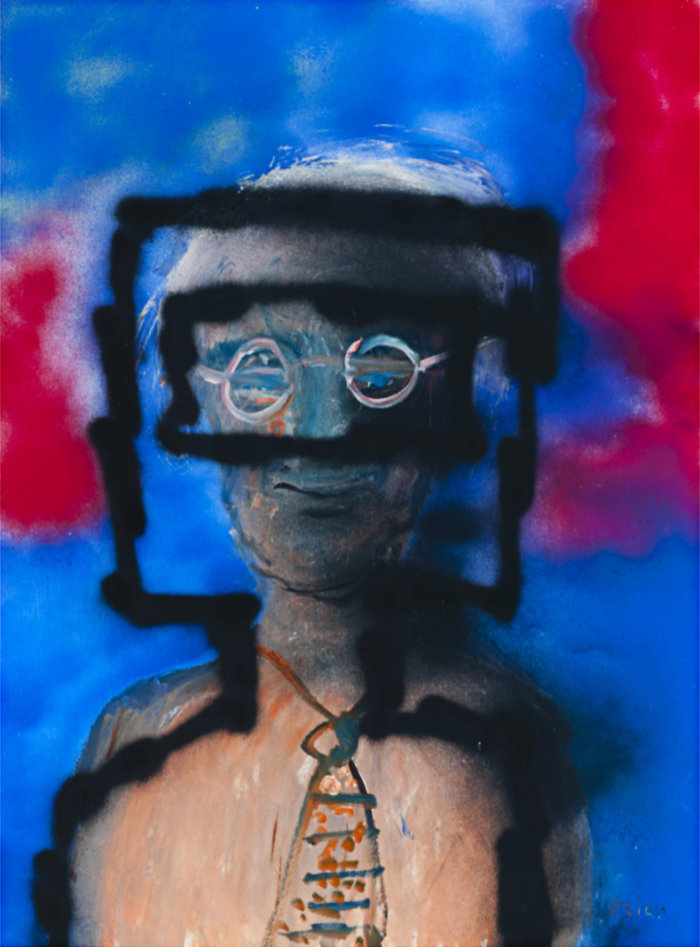 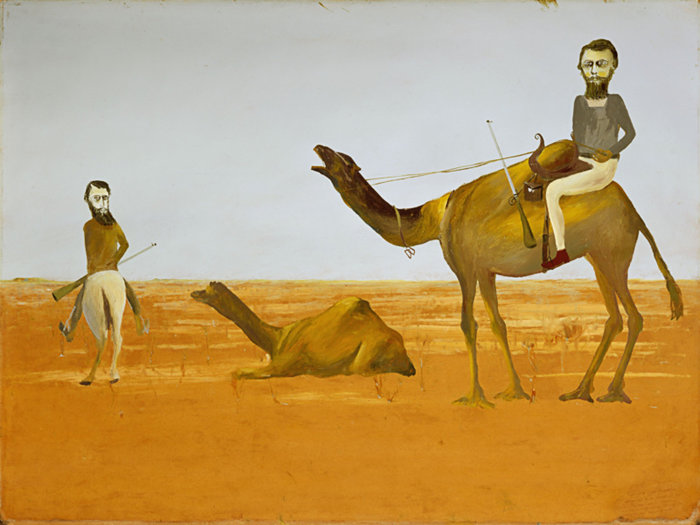 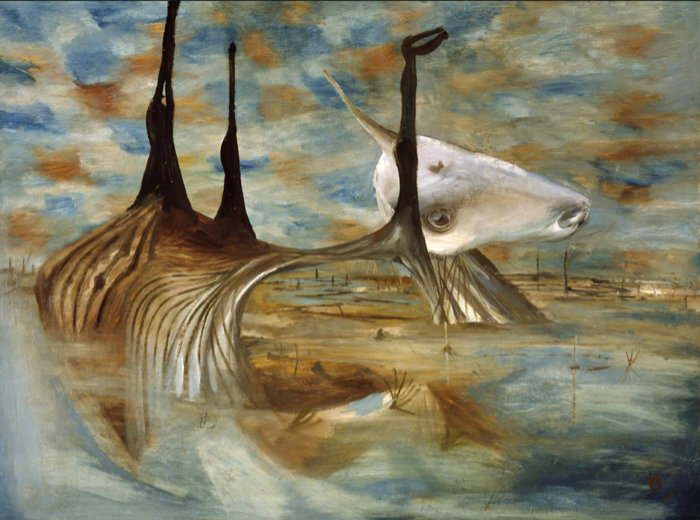