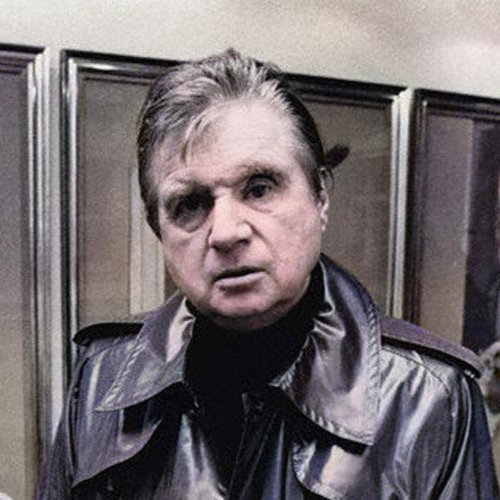 Francis Bacon: The life of an Artist

Francis Bacon explored adult themes and subjects in his wildly inventive and tortured paintings. His work reflects a life lived to extravagant extremes.

Francis Bacon was born on 28 October 1909 in 63 Lower Baggot Street, Dublin to English parents. Edward, his father was a race-horse trainer, a veteran of the Boer War and worked at the War Office during World War I. His mother was Christina Firth, a steel heiress, who lived and loved the life of a socialite.

His childhood was spent at Cannycourt, County Kildare. It was blighted by severe asthma from which he suffered all his life. Francis Bacon was a shy child, who enjoyed dressing up, this, and his effeminate manner, infuriated his father. The second of five children, Bacon was often left to his own devices. Consequently he formed a close relationship with his nanny, Jessie Lightfoot.

With the outbreak of war in 1914, the family moved to London. After the war, in Dublin, he grew up amidst the early campaigns of the Irish nationalist movement. In 1924, shortly after the establishment of the Irish Free State, his parents moved to Linton Hall in Gloucestershire. That year at a fancy-dress party at Cavendish Hall in Suffolk, Bacon dressed as a flapper, with beaded dress and high heels. He was very unhappy and repeatedly ran away from school in Cheltenham. Family relations became abusive and brutal as Bacon came to terms with his emerging homosexuality.

In 1926 Bacon’s father, repelled by his homosexuality, threw him out of the family home for wearing his mother’s clothes. Bacon aged just 17 arrived in London with little schooling, and a weekly allowance of £3 from his mother. Consequently, he lived the life of a vagrant.

Early Influences on his Work

In 1927 he moved to Berlin, where he saw Fritz Lang’s film Metropolis and Sergei Eisenstein’s Battleship Potemkin. Both would later influence his work. He was impressed by Picasso’s 1927 exhibition at the Paul Rosenberg gallery.

In 1928 he returned to London and established himself and his childhood nanny Jessie Lightfoot at Queensbury Mews West in South Kensington. Working as a furniture and interior designer he met artist Roy de Maistre, who became his mentor and encouraged him to take up oil painting. Businessman, Eric Hall, another early patron became Bacon’s lover and supporter.

Picasso was a strong influence and Bacon’s 1933 Crucifixion painting, was his first painting to attract public attention. It was in part based on Picasso’s The Three Dancers.

In 1934, Francis Bacon organised his first solo exhibition in the basement of a friend’s house in Curzon Street, London. He renamed it ‘Transition Gallery’ for the purpose. The exhibition was not well received and he responded by destroying his paintings.

1936 saw his paintings rejected by Herbert Read for the International Surrealist Exhibition. At the start of the 2nd World War in 1939 Bacon was exempted from military service because of his asthma.

In 1944 he took the decision to fully commit himself to painting. With renewed passion he created Three Studies for Figures at the Base of a Crucifixion. He considered the painting as the beginning of his career.

Bacon said the figures in the painting represented the Furies, ancient Greek goddesses who punished human wrongdoing. To understand this painting, you need to understand the context; the Second World War was coming to an end. The first photographs and film footage of Nazi concentration camps had become widely available. Some saw Bacon’s painting as a reflection of the horror of the Holocaust.

By 1946 Francis Bacon was a central figure in the artistic milieu of post-war Soho. Charismatic, articulate and well-read, he spent much of his time eating, drinking and gambling with Lucian Freud, Michael Andrews and friends.

On Graham Sutherland’s recommendation Erica Brausen secured Bacon a contract with the Hanover Gallery, in London. They sold, ‘Painting 1946’, to the Museum of Modern Art, in New York in 1948.

‘Painting 1946’ was created immediately after World War II, and is a damning image of an anonymous public figure, probably Neville Chamberlain. He was the pre-war British prime minister who was known for carrying an umbrella.

His first solo exhibition was in 1949 at the Hanover Gallery. For this show he painted a series entitled ‘Heads’, significant for introducing two important motifs: the first being the scream. The inspiration for screaming mouths was drawn from a number of sources. Medical text books, the works of Matthias Grünewald and most importantly a still from Eisenstein’s 1925 silent film Battleship Potemkin which shows a close-up of a nurse’s head screaming in terror.

The second motif was Diego Velazquez’s Portrait of Pope Innocent X. The Papal theme was obviously significant to Bacon, possibly because of the church’s attitude to homosexuality. The Heads series also made greater use of enclosing devices, bars and cages that suggest claustrophobia and anxiety.

1951 saw a period of despair and emotional instability following the death of Jessie Lightfoot. Once his nanny but also a vital emotional pillar and loyal partner in crime. She acted as his housekeeper and cook, who, bizarrely, often slept on the kitchen table during the day. Throughout the war Bacon and Eric Hall staged illegal gambling parties. Acting as hat-check girl Jessie diligently extracted large tips from visitors to help with their finances. Bacon looked after her to the end and was present at her death.

Francis Bacon’s first post-war solo exhibition was at the Hanover Gallery in December 1951. It was followed by his New York debut at the Durlacher Gallery, in October 1953.

Also in 1953, the Hanover Gallery held an exhibition of his paintings that included Two Figures, a depiction of two men embracing in bed. The image created a huge scandal, as homosexuality was a criminal offence in England until it was decriminalised in 1967.

1957 saw Bacon’s exhibition at the Hanover Gallery inspired by Van Gogh’s ‘The Painter on the Road to Tarascon. These paintings incorporated a more vibrant palette and bolder brushstrokes. Quite a contrast to his previous more sombre works.

As he approached his fiftieth birthday, Bacon took stock of his career. He’d had some success, but was frequently in debt, mainly due to his gambling. In October 1958, he suddenly signed a contract with Marlborough Fine Art after its directors offered to clear his debts. They also promised to build up his international profile. They secured Bacon’s first major retrospective exhibition at the prestigious Tate Gallery in May 1962.

In 1961, Bacon settled in Reece Mews, South Kensington, where he remained for the rest of his life.

In 1963-4, Bacon’s international reputation was confirmed with his retrospective at the Solomon R. Guggenheim Museum, New York. And by the publication of Ronald Alley’s catalogue raisonée of his work.

During the Sixties Bacon achieved a new level of virtuosity and invention. His paintings combined dramatic brushwork, whipped up impastos and trails of paint often squeezed directly from the tube. This contrasted with backgrounds often composed of bright, flat expanses of colour. Despite his heightened success, he refused the Carnegie Institute Award in 1967. He also donated his Rubens Prize towards the restoration of Florence following the flood of 1966.

In October 1971 he was given the rare honour for living artist of a retrospective at the Grand Palais in Paris. The exhibition was a spectacular success, but two days before it opened his long-time lover George Dyer committed suicide in their hotel room. This event devastated him and as a moving memorial to his lover’s death, Bacon painted three large triptychs in 1971, 72 and 73, known as the ‘Black Triptychs’.

Throughout the 1970s Bacon travelled regularly to New York and Paris. Various publications helped establish the idea that his work was a reflection of the anxiety of modern life.

In the mid 1970s, Bacon met John Edwards, who became his constant companion. Bacon began to retreat from his formerly boisterous social life to focus on his work and his platonic relationship with the much younger Edwards. His paintings were now dominated by the triptych, but the figures were calmer. His reputation, as the greatest British painter since J.M.W. Turner was being formed.

Major exhibitions of his work followed, culminating in a second Tate Gallery retrospective in 1985.

His last finished painting, Study of a Bull, was completed in 1991. The bull appears to be backing into a burning, black void or maybe escaping it to a heavenly light. It appears this extraordinary painting was completed by someone who seemed aware death was not too far away.

Final Days and a Lasting Reputation

On a visit to Madrid in April 1992, Bacon was hospitalised with pneumonia exacerbated by asthma. He died on 28 April and was cremated in Spain and, at his request, there was no service. John Edwards was named as the sole heir to his estate. In 1998 his studio in South Kensington was acquired by the Hugh Lane Gallery in Dublin. It has been recreated as a room for visitors to experience.

Francis Bacon was one of the most successful British painters of the 20th century. Many regard him as one of the world’s most important painters. Like any major artistic phenomenon, his work reflects not only the complex inner world of the artist. But also the time and circumstances in which he lived and worked. In 2013 his painting “Three Studies of Lucian Freud” broke the record for the most expensive work ever sold at auction. It was purchased for $142.4 million at Christie’s in New York. 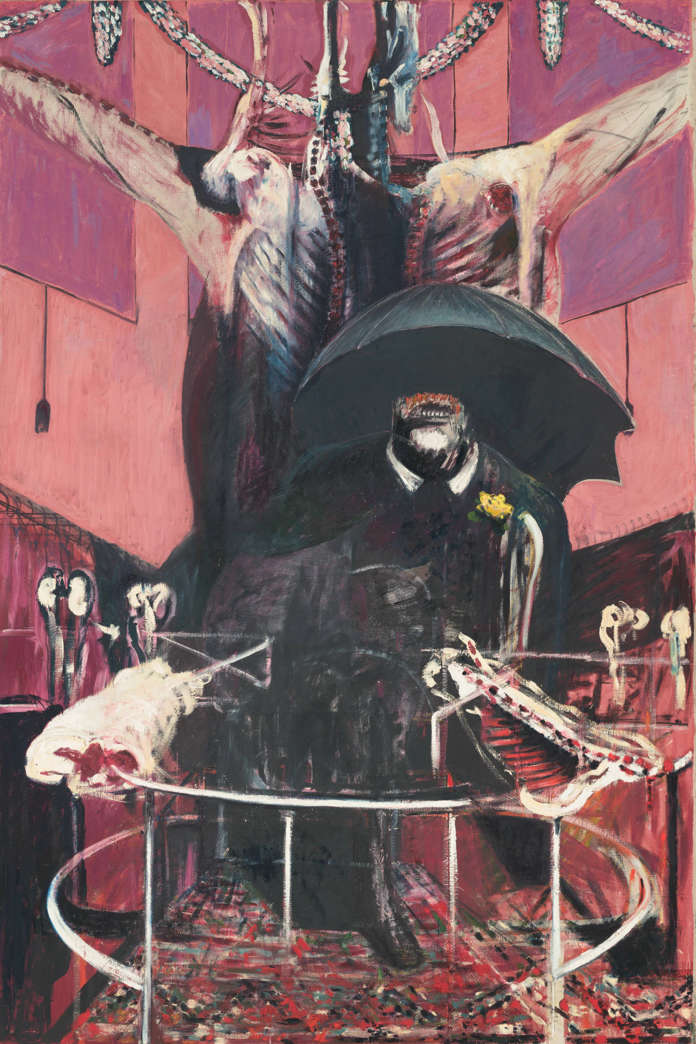 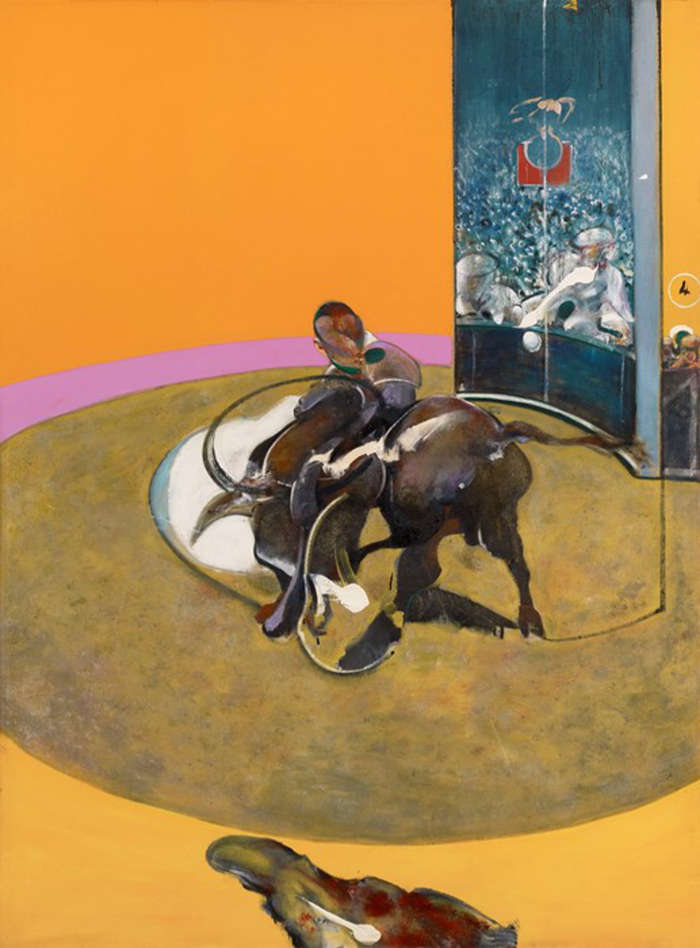 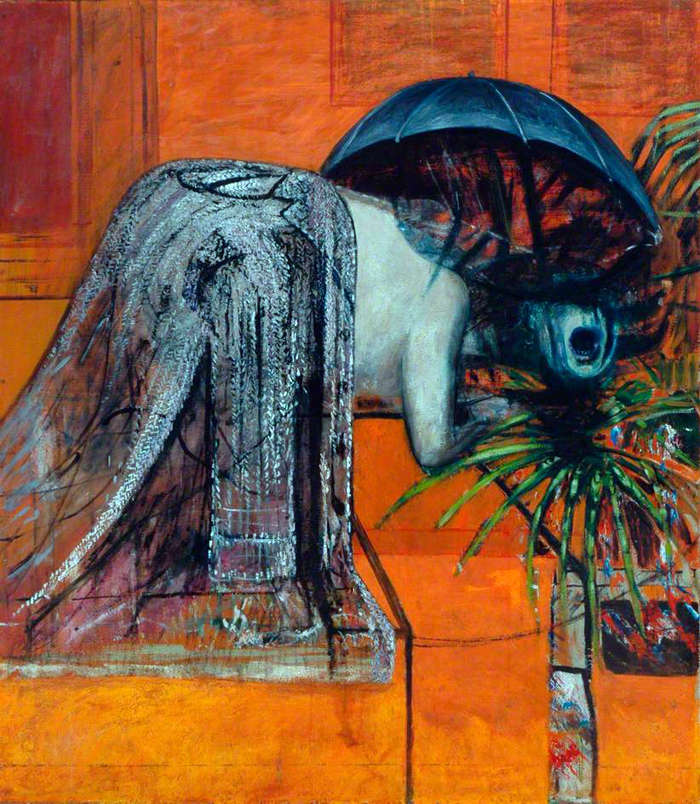 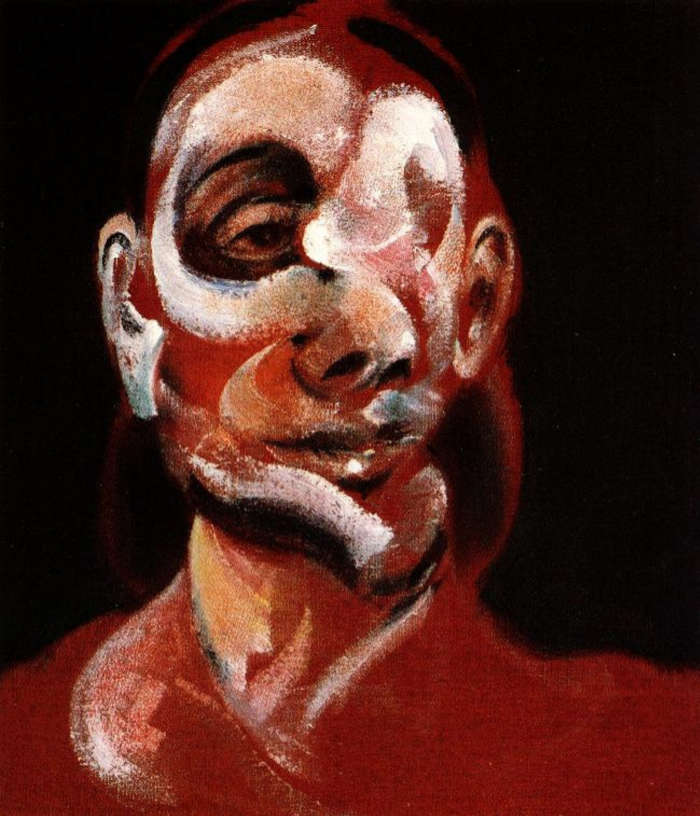