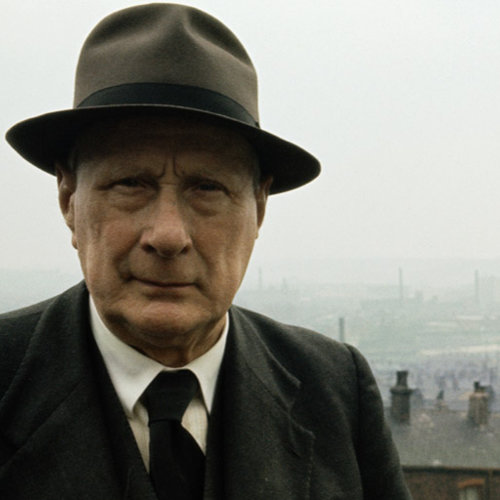 L. S. Lowry: The Life of an Artist

Lowry is famous for painting scenes of life in the industrial  North West of  England. He developed a unique style of painting and is best known for his urban landscapes filled with people, often referred to as “matchstick men”.

Laurence Stephen Lowry was born on the 1st November 1887. He was a big boy with big hands, feet and head. Far from the delicate daughter his mother wanted. She showed him little affection. L. S . Lowry was a very shy boy. He once wrote, ‘I have no really happy memories of childhood.’ Lowry was an outsider, a loner who suffered from Asperger Syndrome. Although he projected an image of a jovial, self-effacing individual, he was often depressed and very lonely. He never married, found relationships almost impossible and women unfathomable. The London art establishment never took him seriously, in fact, the art critic Brian Sewell called him a ‘cloth capped nincompoop’.

Difficult Relationship with his Mother

L. S. Lowry’s parents lived in a modest semi-detached house in Barrett Street in Old Trafford, Manchester. Elizabeth, Lowry’s mother, saw life as a big let-down with neither husband or son, living up to her expectations. From childhood Lowry loved drawing, but his mother had different ideas. She wanted Lowry to be a success in business, particularly as Manchester, then known as Cottonopolis, was booming.

In 1903 L. S. Lowry became a clerk for Thomas Aldred and Sons in Manchester. Not being an artist frustrated him, so had art lessons with his uncle Tom, a failed Royal Academy student. Around this time his aunt suggested he go to art school. Lowry said later, ‘I’ll try anything once, that’s how it happened, because I wasn’t fit to do anything else.’

In 1905 he was accepted as an evening student at Manchester School of Art. He was inspired by the French drawing tutor, Adolphe Valette, and joined his life class. Lowry wasn’t a great draughtsman and attended the classes for 12 years. May 1909 saw the family move to the industrial part of Pendlebury. To his mother this was the dissent into the world of the common man. She hated the new house.

In March 1910 Lowry began work for the Pall Mall property company as a rent collector. The job, walking the industrial streets of Pendlebury, had a profound effect on him. He said, ‘nobody complained I took three days to collect the rent when it could have been done in two, because I was drawing. As long as you didn’t fiddle the books you had a job for life.’ He worked for the company for 42 years.

He started, in 1915, to attend evening classes at the Salford School of Art. Not long after he showed two paintings to the life class tutor, a man called Bernard Taylor. He saw the paintings and said, ‘they look dingy, you should be able to do better than that.’

Lowry asked, ‘how do I do that?’ Taylor replied, ‘That’s for you to find out.’
Immediately Lowry went home and painted two canvases of dark figures on white backgrounds. ‘I was very annoyed, very cross, I’ll show the old bird, I took my paintings back and plonked them in front of him and said, what do you think?’ Taylor said, ‘that’s right, that’s perfectly right.’

The 1930’s were a struggle, he had no emotional support at home and despite numerous exhibitions in Canada, Paris and Manchester he sold few paintings. He said himself, ‘I’d spent 30 years painting pictures nobody wanted.’ Above all he craved to be appreciated, especially by his mother, but she reviled, rejected and ridiculed his work. In 1930 L. S. Lowry had a one man show in Manchester of 25 drawings and small paintings. They all sold, but only for £3 or £4 each. The City art gallery bought, ‘Stony Brow’ and two months later bought, ‘An Accident’ for £21, having knocked the price down from £30.

Lowry’s father died in 1932 leaving huge debts and for the next seven years his 73 year old mother became bed fast. From there she completely ruled Lowry’s life, constantly demanding his attention. Only after 11.00pm, after she had settled, could he paint. Not surprisingly, there followed years of isolation and growing despair which he reflected in his paintings. The derelict buildings and wastelands mirrored his feelings. In 1938 he painted Head of a Man which began as a self-portrait, but turned into a grotesque head. ‘All the paintings of that period were done under stress and tension and they were all based on myself.’

Also in 1938 Daisy Jewel persuaded the director of the Lefevre gallery in London to show some of Lowry’s paintings. He exhibited a dozen paintings in early 1939 and they all sold, attracting a large number of reviews in the national press. His mother was not impressed, but the Tate Gallery was and bought ‘Dwellings, Ordsall Lane’ for 15 pounds.

He wanted to impress his mother, more than anyone else, but she died in October 1939. Lowry painted, ‘The Bedroom, Pendlebury’ in memory of the long hours he spent looking after her. After she died, he said, ‘I lost all interest, continuing to paint was my only Salvation.’ L. S. Lowry was 52 when his mother died and he remained in the house, alone and lonely for the next 9 years. It was his sanctuary, full of cobwebs and splattered paint.

A young girl Carol Ann Lowry, no relation, wrote to him in 1957 wanting advice, she had an interest in art and shared his surname. He took her to galleries and paid for her education through art college. Years later Carol said, ‘he always behaved immaculately, he was always extremely circumspect in his behaviour towards me.’

In the 1940s he became an official war artist. He drew the ruin shells of bombed outbuildings which strongly effected himself emotionally. His paintings sold for as much as £60.00 each, more than many people earned in a month. By 1948 he moved house to the affluent village of Mottram-in-Longdendale, near Manchester. He began collecting works by other artists, particularly the Pre-Raphaelite painter Dante Gabriel Rossetti.

In 1951, he confessed to a psychiatrist friend how he stared for hours at, ’empty houses with empty windows standing in isolation on derelict streets…’ I saw in those desolate buildings an image of myself. As the 1950s progressed and the industrial north of England was modernised, L. S. Lowry lost interest in his surroundings. He began to concentrate almost entirely on figures silhouetted against white backgrounds.

Occasionally, they’d stand on a hint of a pavement, or near the ghost of a wall, but often looked as though they were suspended in time and space. In the 1960s he made repeated visits to the north east of England, particularly to Sunderland. Many of his empty seascapes from this time are based on the view from his room at the Seaburn Hotel where he was a regular visitor.

In 1976 he was given a one-man exhibition at the Royal Academy in London. This was a major achievement, as very few living artists are given this accolade. But as he often said about his own success,’ it all came too late.’ Which was prophetic, because on 23 February 1976 Lowry died of pneumonia at Woods Hospital in Glossop, Derbyshire. His Royal Academy exhibition opened on the 4th September 1976, six months after he died. It was a major success and was one of the most popular Royal Academy shows of the 20th century. Some weeks after Lowry died, Carol Ann Lowry was informed that L. S. Lowry had left his entire fortune of about £300,000 to her. 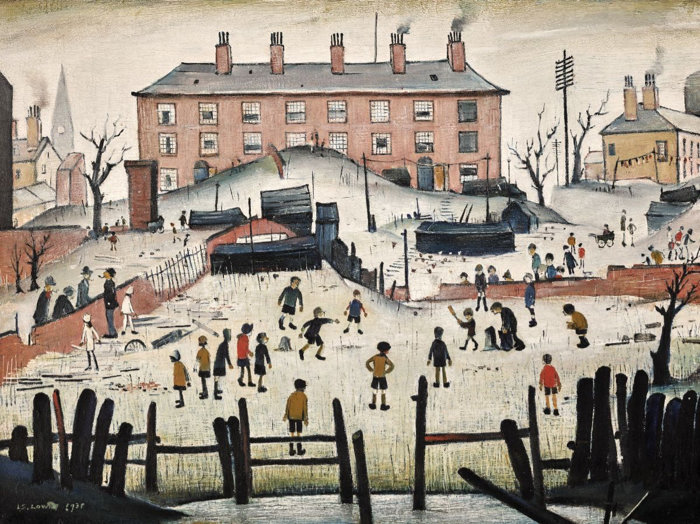 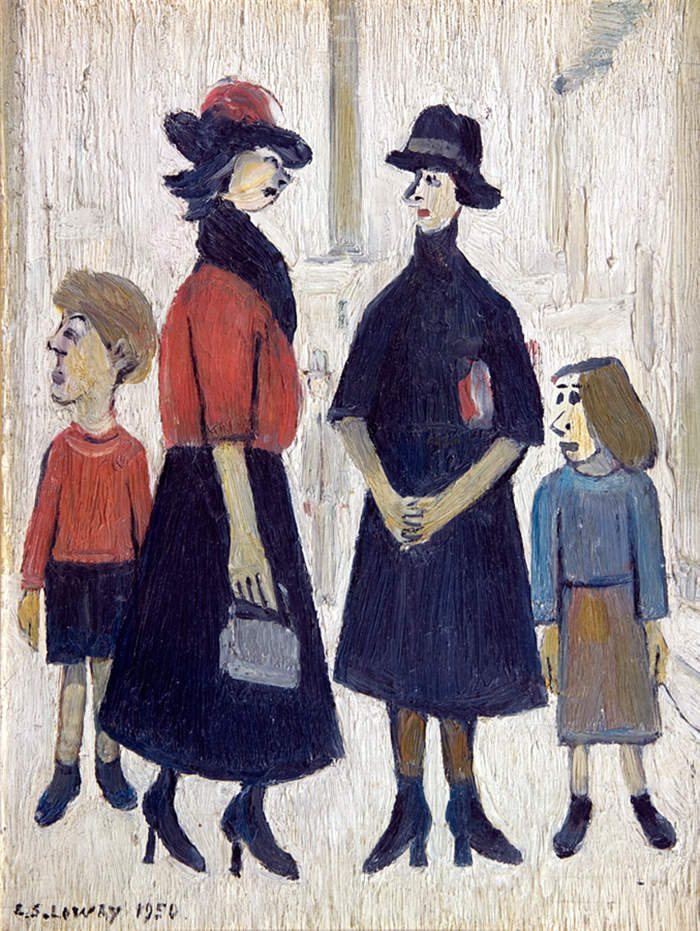 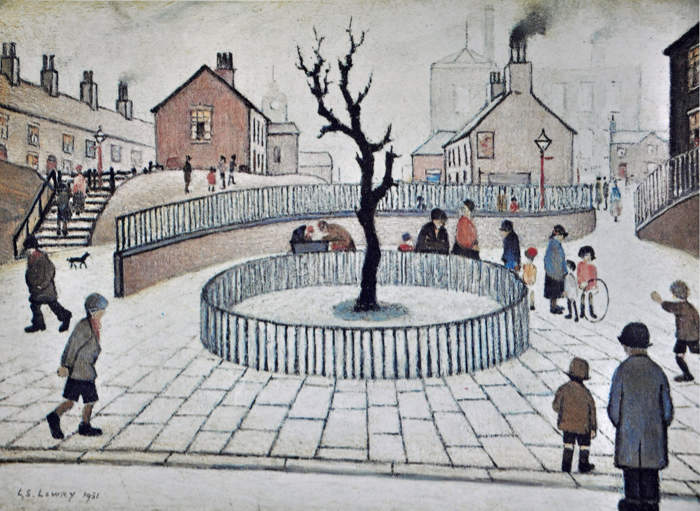 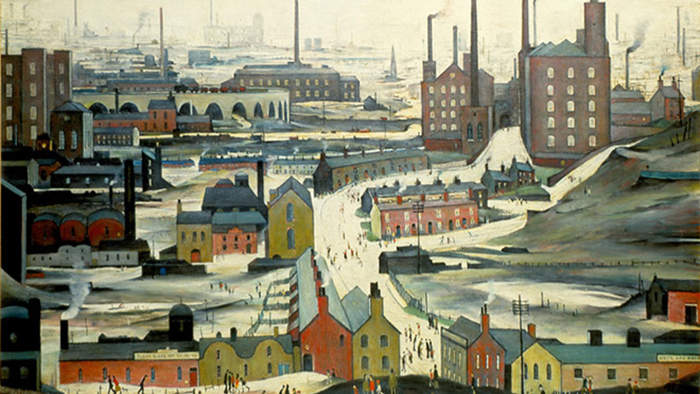