What is Style in Painting?

Although the subject matter, techniques and materials of artists have changed over the centuries, their attitudes towards life and their environment have changed little. The manner in which they expresses their ideas, their style, can often be categorised as one of the following: Classical, Romantic or Realist.

When looking at a piece of work it may display the characteristics of one, elements of two, or a mixture of all three. The categories must not be seen as inflexible for, as some would argue, they simply reflect basic human stereotypes and as such cannot be rigidly exclusive. Nevertheless, some artists and their work do dovetail neatly into one or other of the categories, for example: 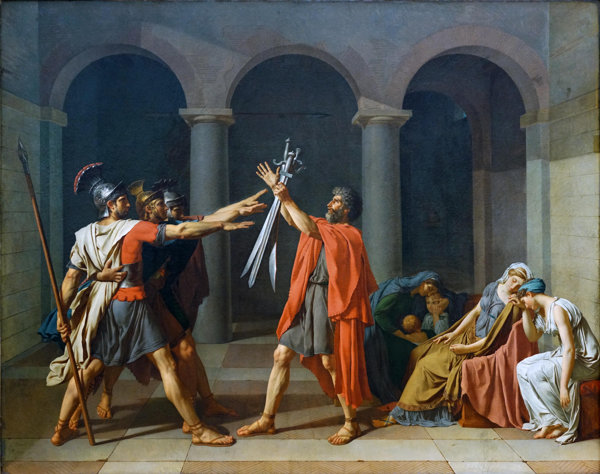 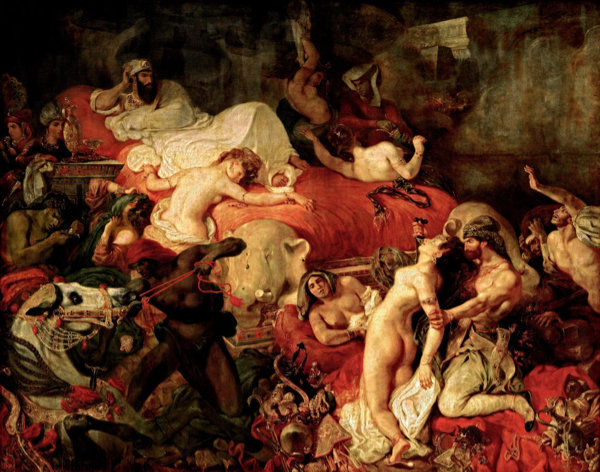 Classical paintings produced before the mid 19th century can often be recognised by the fact that the action almost invariably takes place parallel to the picture plane (the surface of the painting). The feeling is often that we are looking at a stage set on which each element has been carefully allotted a place within the design to a pre-determined set of rules. A feeling of idealism and perfection often pervades the picture; male figures will have the musculature of a ‘Chippendale’ and the females the perfection of goddesses. The blemishes of life will not be apparent and the blood and gore of battle scenes will be replaced by a sanitised idealism. In short, it is a form of art controlled by intelligence and logic and dominated by design.

Unlike Classical painting whose composition is regulated by the horizontal and the vertical, Romantic paintings exploit the angle. The horizontal and vertical imply stability, the angle: drama, power, aggression. Our eye is often led into the painting by an angle, elements of the picture (people, animals, trees) often cross at angles implying conflict or disorder. Complementary colours (contrasting colours, those opposite each other on the colour wheel, red/green, blue/orange, yellow/purple) are often used to further enhance the sense of drama, Fauvism exploits this idea. When looking at a Romantic painting there is often a sense that one has walked in on a scene that is part of real life, and not merely stumbled across a static display. It is an art in which emotion is the dominant factor.

This is a more ambiguous form of painting being concerned with Social Realism and Naturalism. In terms of design in can use elements of both Classicism and Romanticism, but its content is very much concerned with reality, warts and all. In the 19th century it was used by artists such as Courbet to advance the plight of peasants and push forward socialist ideals. There is no attempt to beautify people or to remove the reality from such themes as conflict or exploitation. It is an art with out frills where a spade can really be said to be a spade.